Vote leave for a brighter, better future for the UK, Waveney, and for you and your family 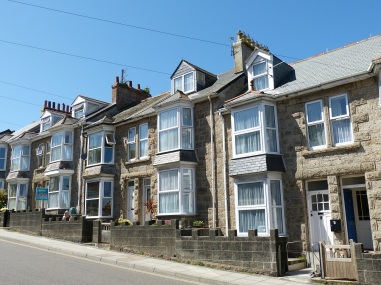 There are far too many young couples in Waveney who would love to buy their own home – but simply cannot afford to. The cheapest 2 bedroom terraced houses in Lowestoft cost around £75-80,000 and the average wage only about £22,000 with many on less, an awful lot of young (and older) couples who would love to own their own home simply cannot afford to. Unfortunately, it’s getting worse – last year house prices rose by 7% – that’s a lot more than wages!

The reasons they rise so quickly is that there are more people wanting houses than there are houses. The Campaign to Remain in the EU have claimed that house prices will fall if we leave the EU. We are a bit doubtful about that as there are so many people chasing too few houses – but house prices will almost certainly slow down – giving more people in Waveney the chance to fulfil their dream of owning their own home.

At the moment we have nearly 3,000 people on the council house waiting list in Waveney. Even though the council have started building new council houses – many people are still a long way down the quee and there are only a limited number of private landlords that will rent houses to people on housing benefit. Obviously if a couple come from Eastern Europe with two small children and no family here – they are in urgent need of housing. But think about the single parent in Waveney, abandoned by their partner and left with two small children forced to live in their mum’s spare room because they simply cannot get a council house.

| Home | Where does the tax you pay to the EU get spent? | Local Jobs  |  Fishing and the Environment| Port of Lowestoft | Tourism  | The NHS | Farming | Sea defence | Tackling crime and keeping us all safe |